November 26, 2019 “I grew up in a suburb of Buffalo, New York, in a huge sports family. My dad was a college football player, my mother played lacrosse growing up and it led to me playing lacrosse, soccer, and hockey at a young age. The thing is I started to play tennis after I graduated from playing division three soccer. What I found was there weren’t many recreational sports that were competitive, social and also a good workout. For me, I just gravitated towards tennis because it’s all of those. It’s a heck of a workout and honestly, especially in my early 20’s, its a cheaper alternative than golf and consumes less time. As I started playing tennis more frequently, it became a sport that my friends and I play every Monday. We would have round robin tournaments in the park. Tuesday we put bets on the line for the weekly finals. It’s been great to be recently re-connected with the sport via a collaboration we did with Heineken at the US Open with Andy Roddick. It’s been full circle from recreational and social, to being across the court from Andy Roddick serving. A really cool learning experience. The END_OF_DOCUMENT_TOKEN_TO_BE_REPLACED 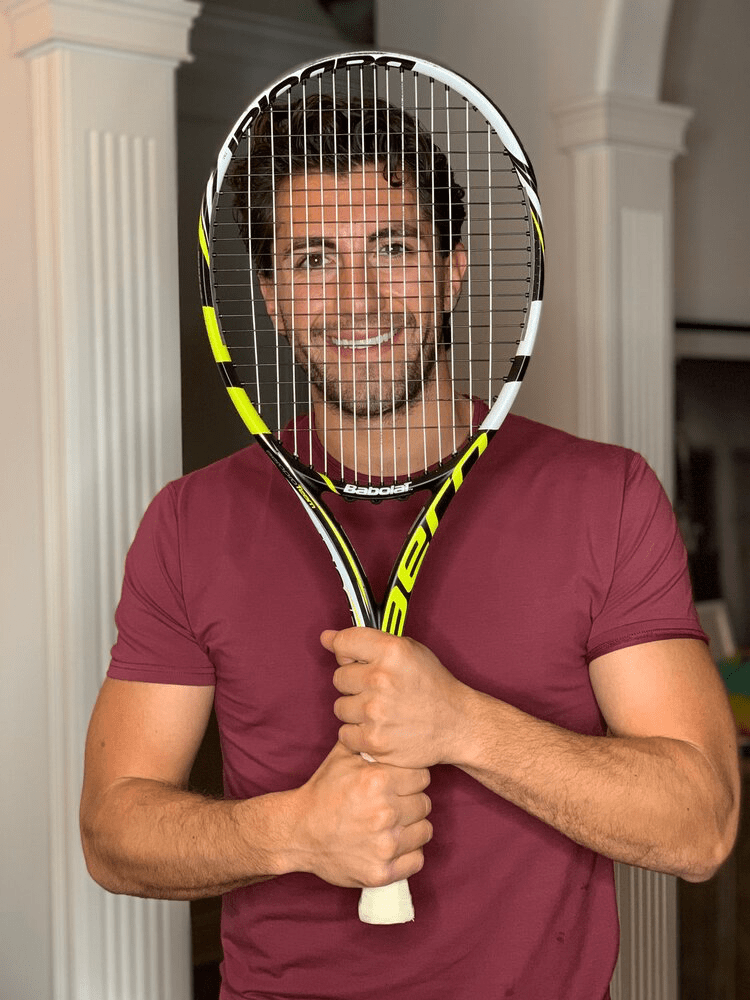 November 24, 2019 “I’m already 35. It is difficult that I am forced to stop, not because I want to, because i am dealing with too much pain. It is not my decision, but it is great to have more time with family. I have two daughters. One is six years old and the other is two. The six year old had a serious heart condition in early 2016. It got to a point where she needed surgery. After scheduling this surgery, I was playing in the Delray Beach quarterfinals, less than a week from the operation. It was okay because the surgery was planned so the date was no surprise. In my head all I could really think about was that but it took my mind away from the results which actually helped me play better. Before entering Delray I knew that if I got to the quarters I would’ve had to pull out. I defaulted from the tournament and I came back for the surgery. It was a really scary time in my family’s life but we got very lucky in the end. The surgery was definitely a bit complicated. They had to stop the heart to work END_OF_DOCUMENT_TOKEN_TO_BE_REPLACED 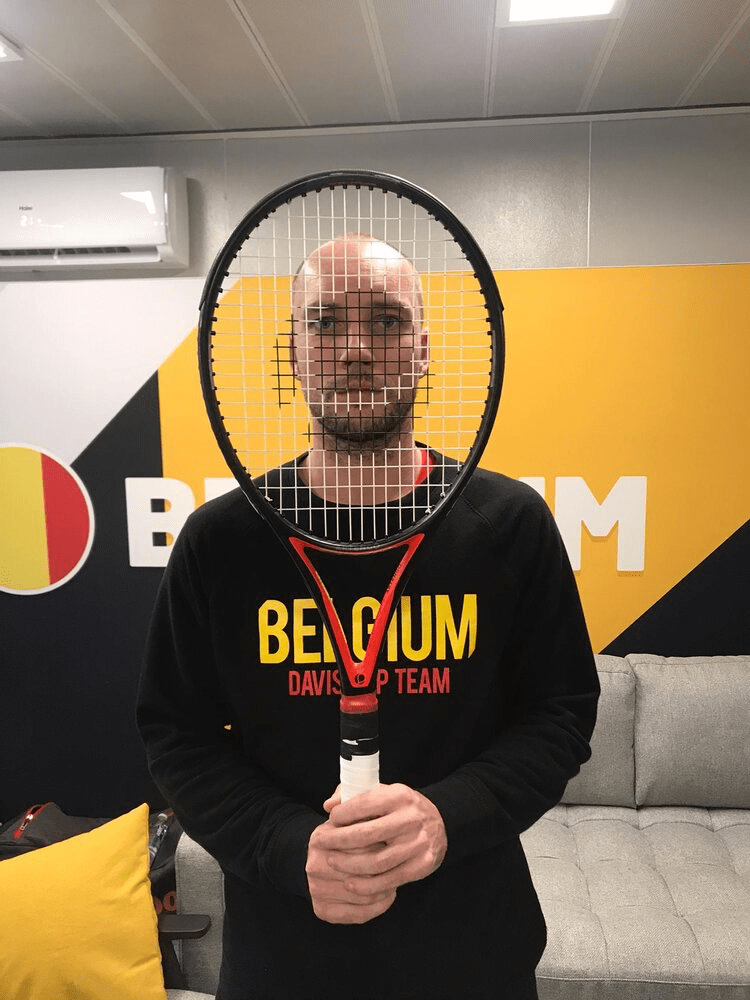 November 22, 2019 “I turned pro when I was 15 and I quit when I was 25. It was 10 years of quite an experience that came to a tough end when I fractured my lower back. Even with all the hard work and lots of pressure day to day, I really enjoyed my time and I was happiest when I could wake up and just get on court. It is funny, once I quit I was really missing the adrenaline and energy that you experience from tennis. It has been very difficult to find anything that can take its place, something that truly motivates me. I am proud of what I have achieved and am not blaming anyone for my injuries, just thankful that I was able to enjoy all those years. I still do not see myself coming back on tour like Kim Clijsters or Tatiana Golovin, but I can definitely see myself coaching and sharing my experiences with another player. I see many girls today content with what they are achieving, while when I played each person wanted to be better than the one ahead of them, more than anything. It is tough to judge when you END_OF_DOCUMENT_TOKEN_TO_BE_REPLACED 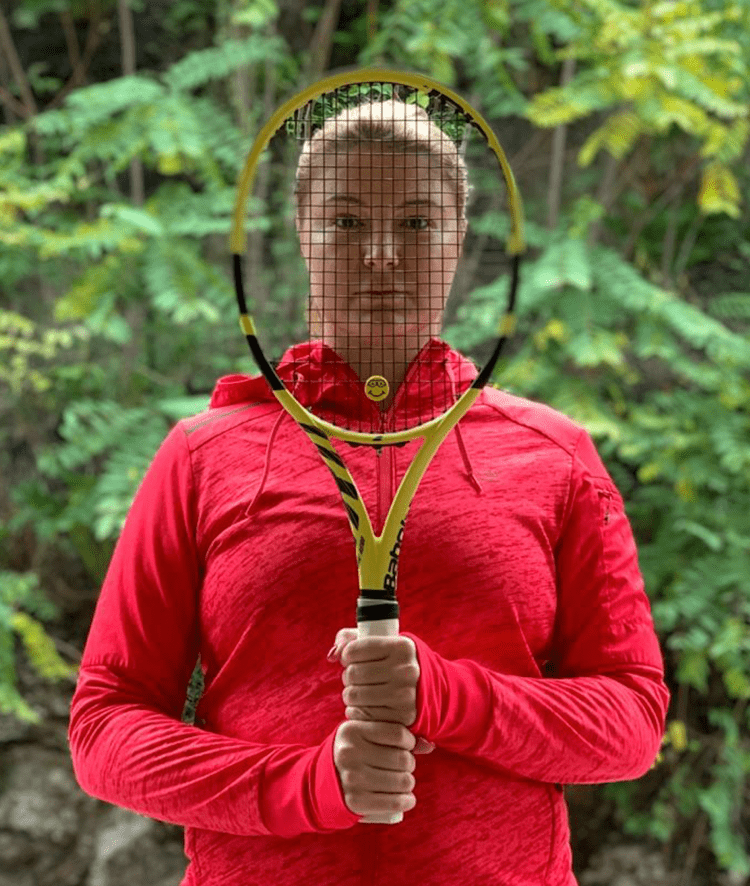 November 15, 2019 “For the first six years of my life I grew up in Iraq. My dad was a civil engineer and worked with a large Brazilian company back in the ‘80s. My parents moved to Iraq, while my mother was pregnant, to build a highway. My father moved first, alone for the first seven months, before my mom was ready to leave with me. I was about two months old at the time. It was a very interesting experience back then. Saddam Hussein was still in command, but it was quite a normal place, besides the cultural differences from Brazil. Few years after we moved the Gulf War began and we were forced to move back to Brazil. After leaving we lived in a few places in Brazil. We spent some time in Belo, some time in Fortaleza, four years in Rio de Janeiro and then ended back in Belo. This moving really didn’t stop until I was 17. I actually began playing tennis when I was in Iraq, starting around five years old while my family and I were living in camps. These camps helped us live along the highway my father was building so he didn’t END_OF_DOCUMENT_TOKEN_TO_BE_REPLACED 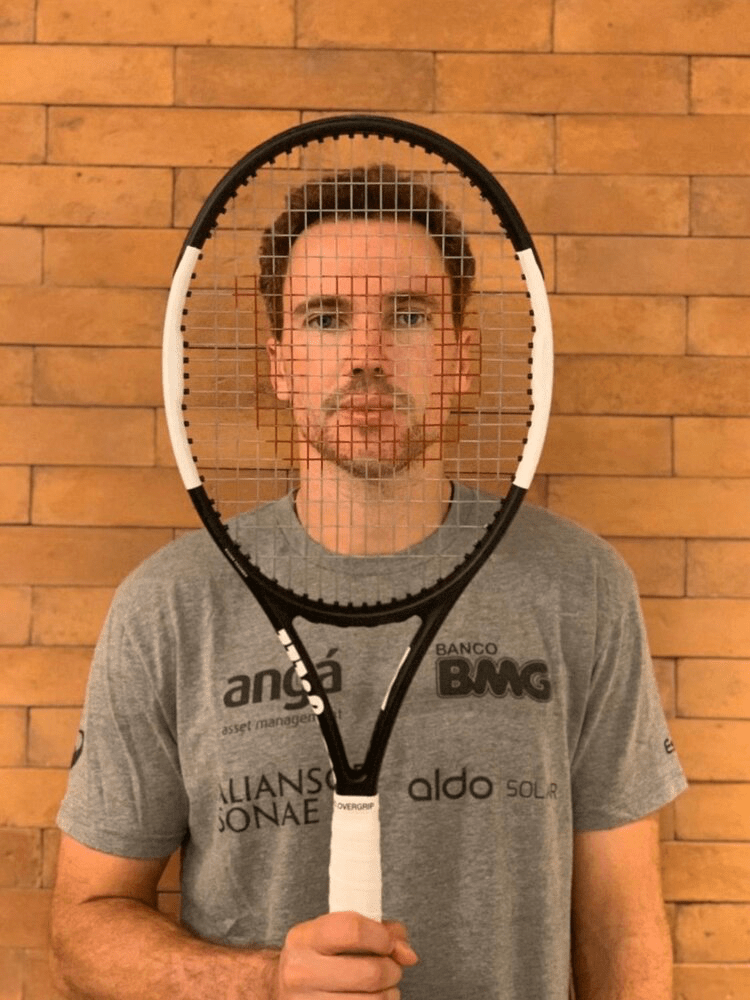 November 10, 2019 “I grew up in Orlando, Florida on a dirt road in a two bedroom home. My brother and I shared a bedroom that was filled with dreams of a better life one day. My mother was an incredible athlete. One of the sports she played quite well was tennis. At age 10 she made it clear to me that tennis was my pathway to a happy and rewarding life. 8 years later she sat in Louisville, Kentucky with only a few weeks to live fighting cancer, as I fought incredibly hard in the finals to win the USTA National Boys 18 & Under Clay Court Championships and the #1 National tennis ranking in the United States. My opponent was one of the best junior players of all time, Aaron Krickstein. I lost a marathon 3 set battle. In that match I knew I had a secret. I knew every sacrifice my mom had made was at risk if my secret was known. If my secret was known I could lose my scholarship to college, even though I was the #1 NCAA recruit in the class of ’83. The USTA would have likely not supported me or had END_OF_DOCUMENT_TOKEN_TO_BE_REPLACED 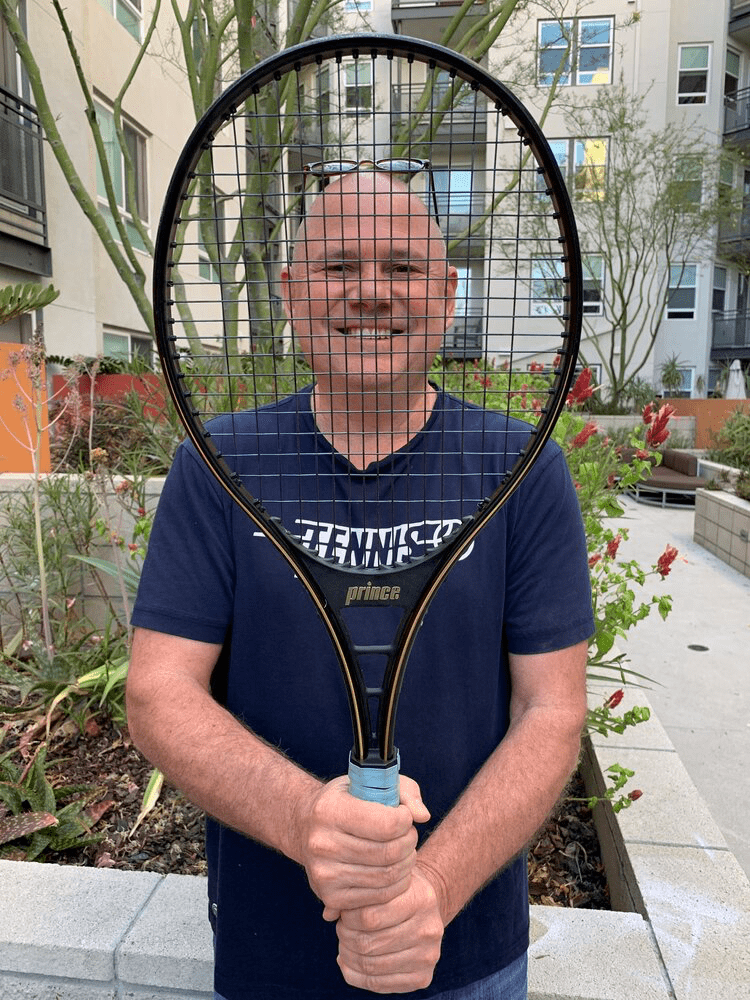 November 7, 2019 “I was playing a future in Mexico in 2005. It was the beginning of the third set as I was running to a ball I felt something very painful in my knee. My opponent hit a normal volley cross court and while I was moving to the ball my foot just got stuck and felt my leg go in the wrong direction. I couldn’t move at all and was forced to pull out. I immediately went back to Colombia to get an MRI and any other test I would need. It was hard to hear that this injury would need surgery. It was only a week and half later when I was getting it done. It took a really long time to recover, about six months without any activity. It was about nine months until I started jogging again. I fought to play some singles matches after this but completely stopped playing singles in 2013. The fact I was able to even come back to competition was amazing. I had a huge group of doctors and physios who were working with me everyday. They would continually encourage me to prove to myself that I could return at END_OF_DOCUMENT_TOKEN_TO_BE_REPLACED 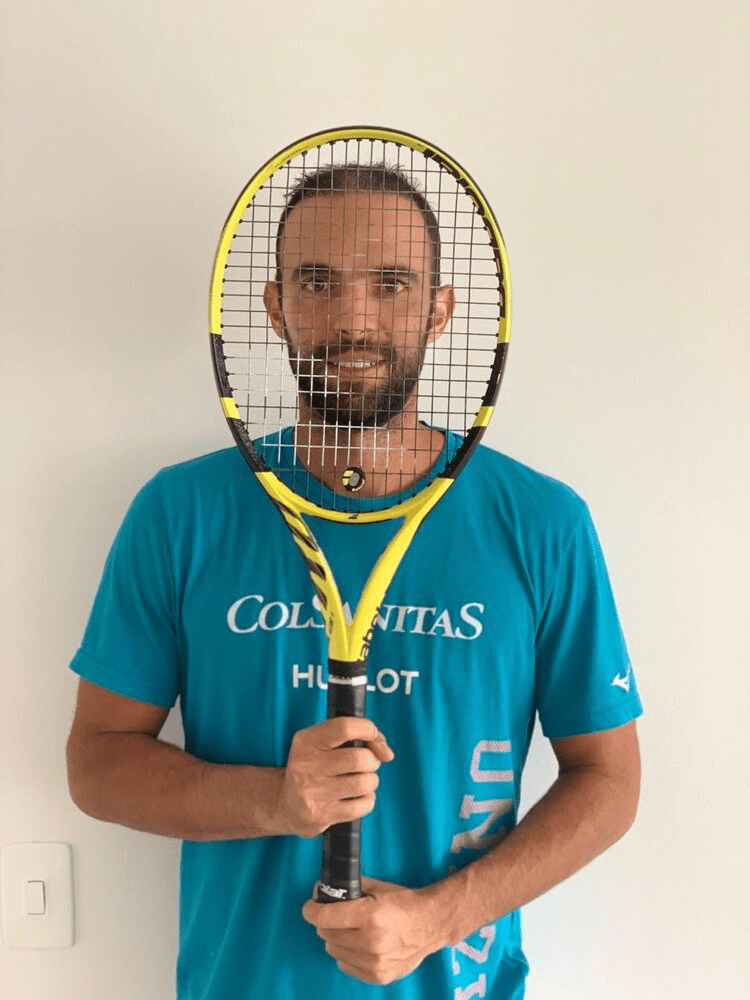 November 5, 2019 “I was born with one arm. I guess I always tell a shark story or something crazy when other people ask about it. I just have a bit of fun with them. I am pretty sure the umbilical cord got wrapped around my arm and just stunted the growth. For me, it’s not even a disability. I’ve had it my whole life so it’s become very normal. I’ve said this before, I look at people with two arms like they’re a bit weird. My whole family plays tennis; mom, dad, both my older brothers and grandparents on both sides. I guess I just grew up around all sports. I started playing all of them actually, then it got to the point that tennis was the one that I wanted to keep going with. I ended up going to college, playing first singles my last year, and decided I didn’t want to give up on it. Luckily enough, my parents are helping me, along with a few other people, so I can carry on and play the lowest level of professional tennis but for me that’s huge. I just love it. Two and a half years ago I END_OF_DOCUMENT_TOKEN_TO_BE_REPLACED 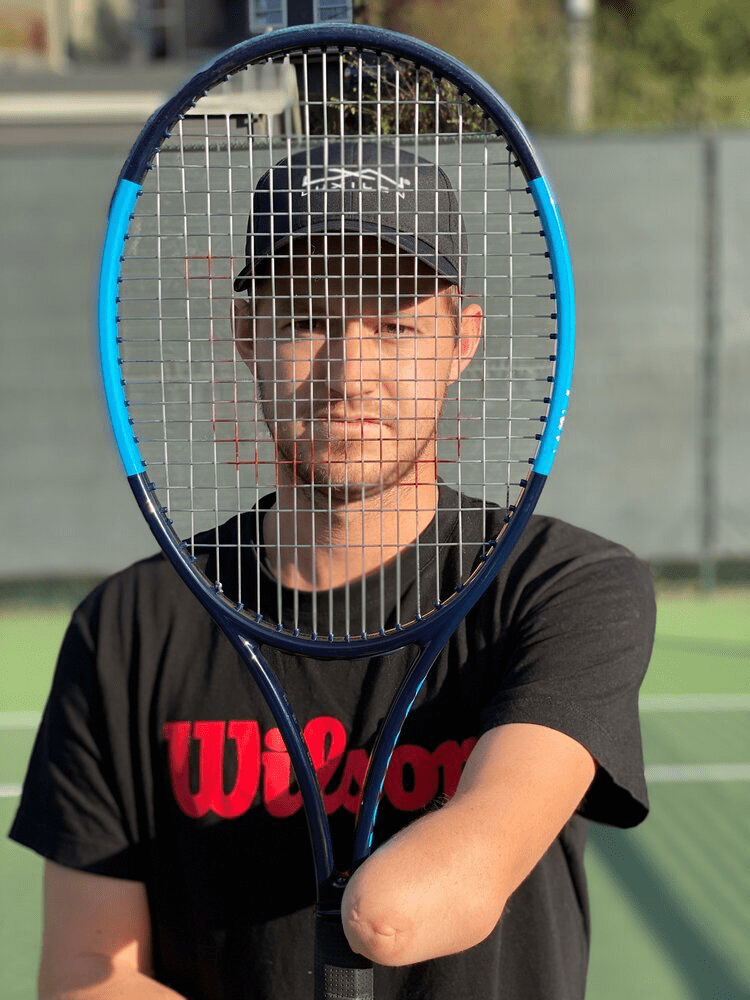