March 30, 2019 “As a senior at USC, I was giving my last season everything I had, physically, emotionally, and socially. I planned on hanging up my racquets after, so it felt imperative to end my career on a high note. Because I felt so close to my teammates, I knew it would be special to achieve something big together. As NCAAs got closer, we built great momentum to be a top contender. The pressure was on and expectations were high. Losing in the Sweet 16 was far from what we imagined and was a heartbreaking loss to swallow. I sat in my hotel room afterwards and thought about how it all didn’t feel right. The loss aside, I knew it was wrong to end my tennis career with this feeling in my gut. The next couple months were quite confusing for me. While I was finishing up units in summer school, I was interviewing for jobs. I was conflicted to be working so hard to get something I did not want. Eventually I picked up a racquet again to blow off some steam, and it just felt right. The love was still there and I was not ready to END_OF_DOCUMENT_TOKEN_TO_BE_REPLACED 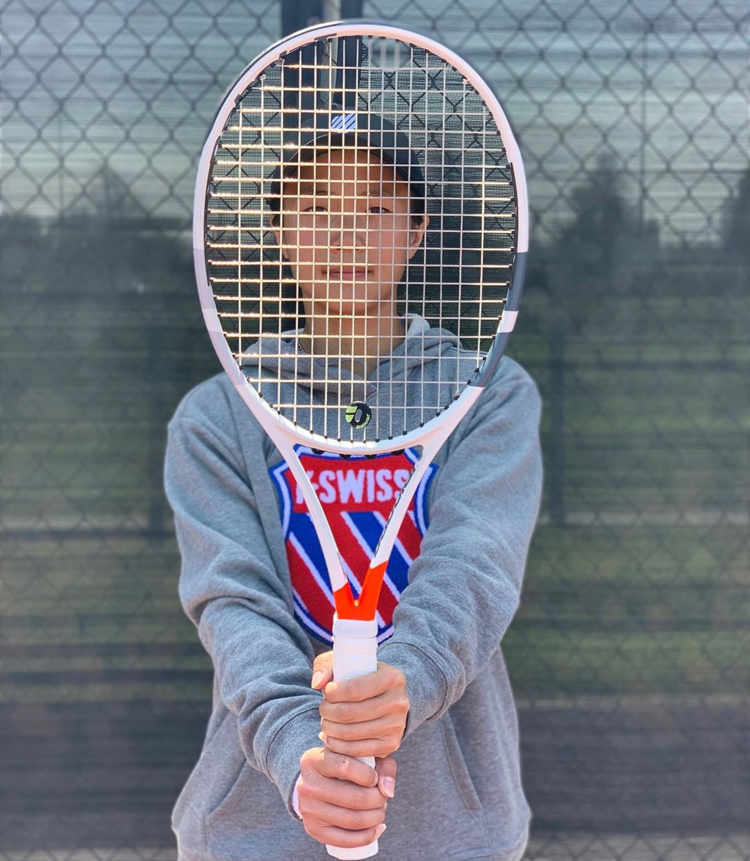 March 28, 2019 “My first love was basketball and I wanted to play pro. I was about 15 years old when my mother told me that she didn’t think I could make it because I was too short. I, unfortunately, believed her. I never listened to someone that told me no again. I started looking around for a sport to play. Well, that sport became tennis. I watched Michael Chang win the French and he was a shorter fellow. That gave me all the evidence I needed. I always played team sports growing up and I wanted a change. I wanted something more one on one. Singles was my love. It was like boxing, but without the direct violence. I started training at some academies in Los Angeles, while also on my dad’s court. I started late but I was learning fast. I was top 30 in Southern California at this time. I was driven to keep improving. I then moved to Sweden, around 1991, to play tennis full-time because my favorite player was Edberg and I had a friend that lived there. This is actually how I got into music. I broke my wrist snowboarding and it led to END_OF_DOCUMENT_TOKEN_TO_BE_REPLACED 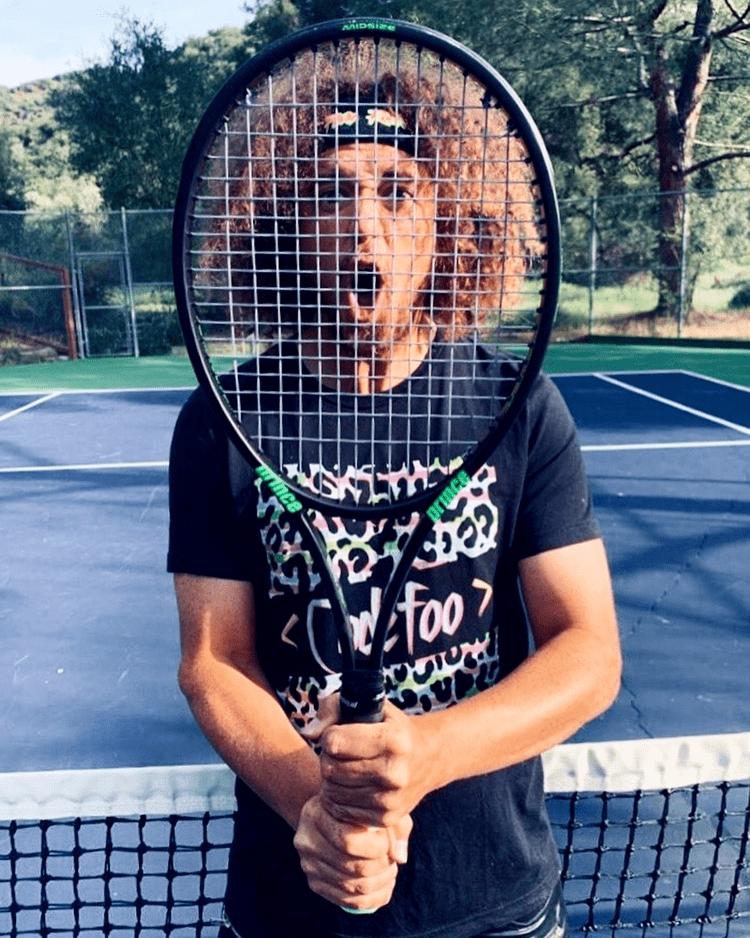 March 25, 2019 “2010 was one of the best and worst years of my life. I became the first tennis player to represent Barbados at a junior Grand Slam event. I played junior French Open, Wimbledon and US Open and was the 47th ranked junior in the world. After the US Open I had to make the big decision of going to college or turning professional. However, things took a turn for the worst when I was in Barbados on break and, out of nowhere, my mother was rushed to the hospital. I lost my mother that night as she succumbed to a battle with pancreatic cancer. This was a total surprise to us (my brothers and sister) because my mother nor father ever told us about the illness. So losing my mother came as a bit of surprise, even though we knew she wasn’t 100%. Now my decision to turn pro or go to college became even harder. I was heavily recruited by UCLA, but my heart was always telling me to turn pro. However, the first couple years of turning pro was very tough. While traveling alone and staying in hotel rooms the thought of losing my mother END_OF_DOCUMENT_TOKEN_TO_BE_REPLACED 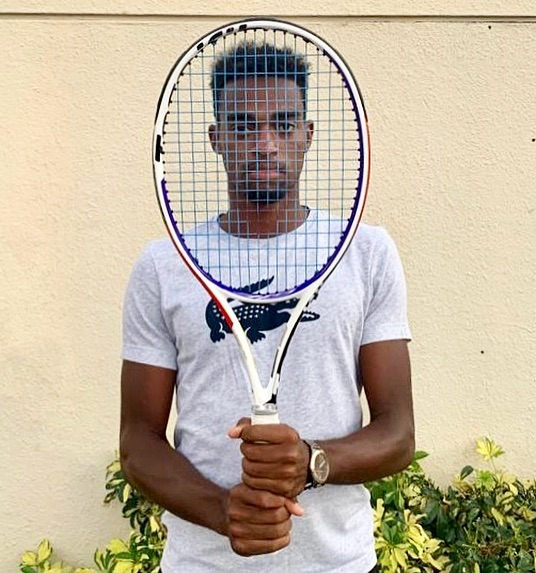 March 22, 2019 “Even though I’m a terrible player, starting to play and watch tennis has been one of the best things to ever happen to me. I’ve struggled with my confidence for a long time, as well as battling both depression and anxiety. In 2012/13 it reached its worst, as I was also diagnosed with aspergers. As someone, who was an adult at the time, my diagnosis hit me hard. All of the struggles I had as a child, which heavily affected my life, were explained many years later. Who knows how life would have turned out if I had known sooner? As they say you have to deal with the cards you’ve been dealt. Thankfully I started to watch tennis on a regular basis. I soon discovered forums and a tennis community on Twitter. I was able to discuss the sport I had become obsessed with on a regular basis, with like-minded people. They say people with Aspergers often have obsessive personalities and to be honest I’m glad tennis became that for me. I also started to play tennis at my local club. Despite my ability, there’s no better way to clear my mind than whacking a little END_OF_DOCUMENT_TOKEN_TO_BE_REPLACED 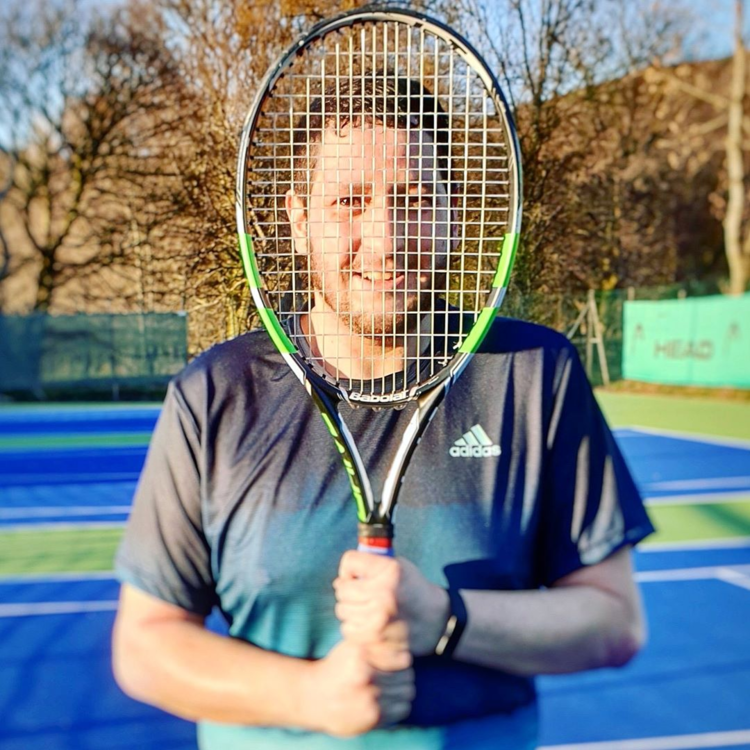 March 16, 2019 “When I was 14 years old, I left home to train on red clay in Argentina for two and half years. I improved greatly from this, getting my first ATP point at 16 years old. I was extremely excited knowing my hard work has paid off and I was maybe one of the top players in my age for the world. It was now time to play Eddie Herr and Orange Bowl in Florida, which are two of the most prestigious junior tournaments in the world. I felt confident that I would play on par with the best juniors in the world and potentially compete for a title. It was the complete opposite of my expectations. It was truly disheartening to not have the results that I thought I would have. I lost a lot of confidence after realizing these other players were vastly ahead of me. It led to my overall unhappiness when I didn’t get the affirmation I thought I deserved. A couple weeks later I lost to a player I previously beat, and that was when I told my father I didn’t want to play anymore. I am not getting the satisfaction from all END_OF_DOCUMENT_TOKEN_TO_BE_REPLACED 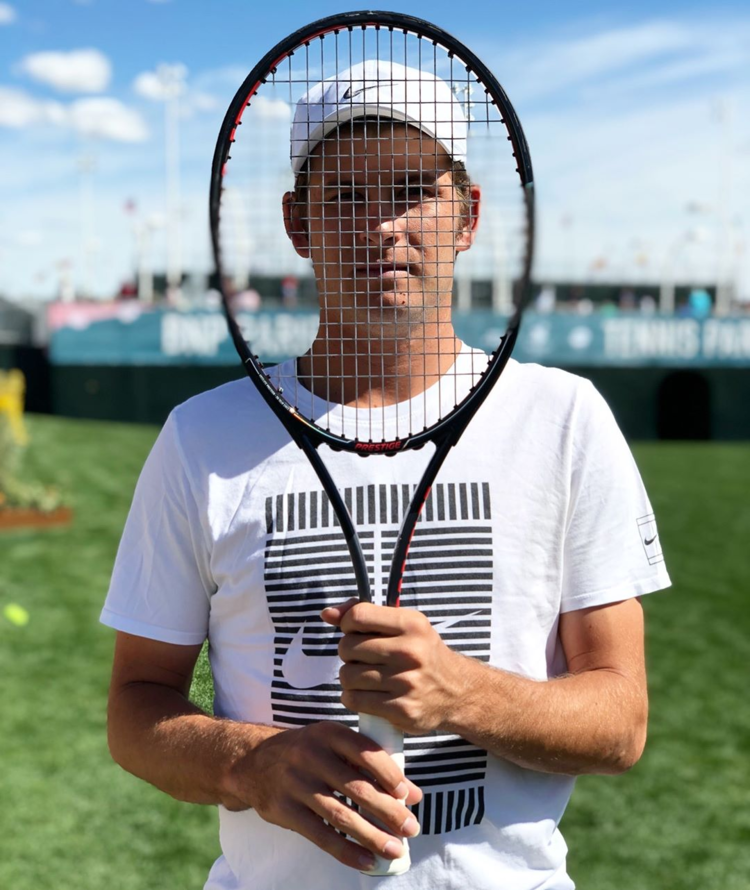 March 14, 2019 “Everything changed my third year at the University of Michigan, when I started to think that I wasn’t going to pursue tennis after college. I played my fourth year, while applying for internships at consulting firms. Right out of school I was working as a teaching pro and renting out bikes at Mackinac Island in Michigan. I was always told, especially after losing my job to layoffs, that I should play on tour. My friend brought me along to this money tournament, which I then went through fairly easily against some good players. That’s when I decided to give it a shot, but was only 75% committed. Immediately after taking the LSAT, I realized how young I was and how I should give tennis a true shot. Starting off in India, including the first six months of my professional career, was the worst experience of my life. I didn’t get my first ATP point until the sixth tournament. It was a lot tougher than I thought and it didn’t get any easier. Three years ago, when I moved up to 140 in the world, I had to get foot surgery. I came back, after almost half a END_OF_DOCUMENT_TOKEN_TO_BE_REPLACED 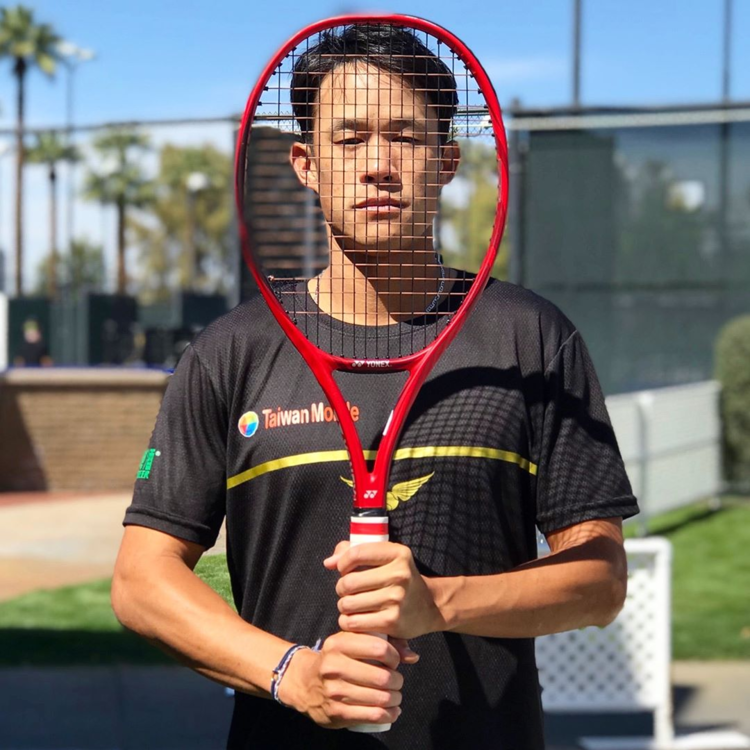 March 9, 2019 “I didn’t know the path I was going to take. My parents sacrificed everything, financially, for me to play and there just wasn’t enough left. I thought this would force me to play college tennis when all I wanted to do was go pro. There were even thoughts of not playing tennis anymore and just studying. During the last tournament, that my parents could afford, I decided to play a future instead of a junior event. I qualified for two futures and made quarterfinals of one, and semi finals of the other. From this success, and wowing the people back home, I got enough support to play five more weeks of futures around Africa. During this trip I won two futures, which proved to myself and others that I could compete and beat players 300 in the world and better. From this success came a management contract, which supported my travel and a great team around me. Regardless of how well it went at first, I was still grinding futures with the occasional challenger, for two to three years. I was unable to fully able to break through. It all took a turn when my father passed END_OF_DOCUMENT_TOKEN_TO_BE_REPLACED 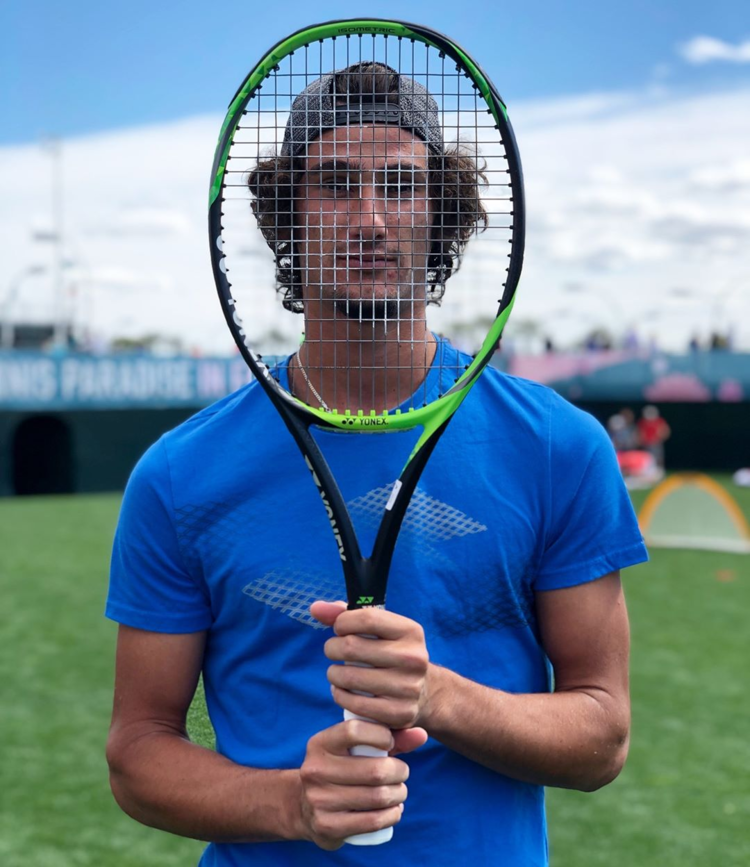 March 7, 2019 “If I knew that I only had a year left to play it would all be different. I would enjoy tennis much more than I ever have. It would completely change how I think on court. How I feel, as other players may understand, is that there are many times where I do not enjoy the sport. I truly love the sport but it comes with too much pressure. I am always thinking about winning and losing, money, points, everything. I put this pressure on myself to be top 50, or top 100, and I don’t enjoy the moment when I am out there competing on court, which is upsetting. I love that this sport is my life, but when I am not enjoying it I ask myself why I am playing. If I only had one match left, I would enjoy every single minute of playing. I have tried to fake it but it only lasts two or three weeks until the pressure builds again. We really should be living like this because you don’t know what will happen tomorrow. I see myself playing for another 5+ years at least, but not with the same suffering END_OF_DOCUMENT_TOKEN_TO_BE_REPLACED 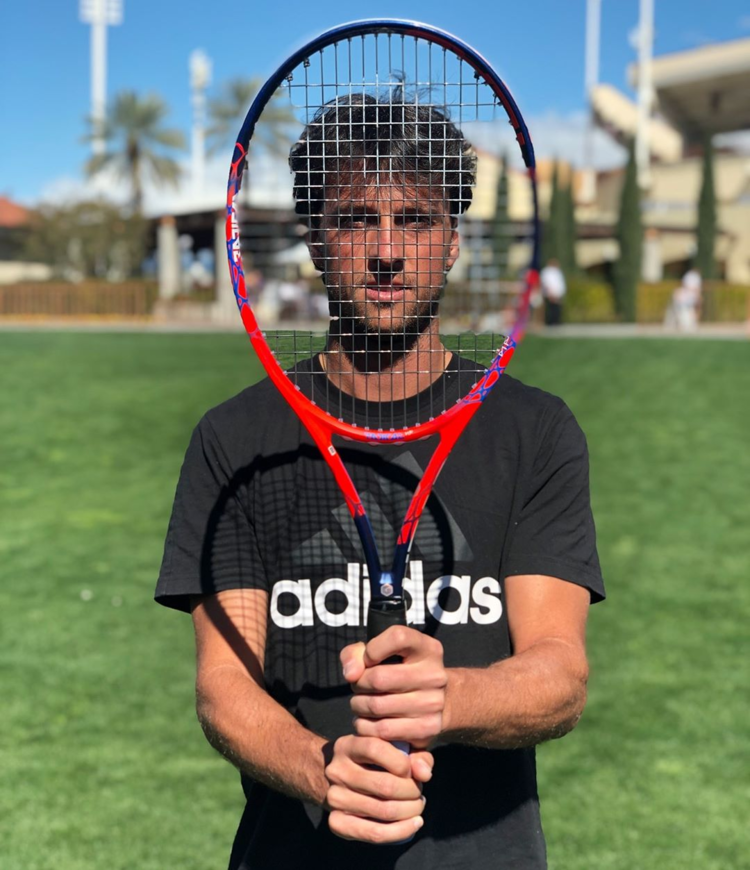 March 2, 2019 “Around the age of 12 was when I realized that I was gay. I lived many years dealing with denial, confusion, and pretending to be somebody that I wasn’t. Tennis, unfortunately, is such a judgmental sport that causes people to believe that they need to portray a certain image or meet a certain standard. Hiding who I truly was for so long, led me to develop depression and anxiety which affected my play because I was worrying about what people thought about me rather than focusing on my game. I was always so afraid to be my true self because being gay wasn’t really accepted as is, and even more so in the tennis world. It took me until I was 19/20 years old to understand and realize that there was a life outside of tennis. Once I overcame the fear of being judged and feeling like an outsider, I finally was able to accept myself ,and by doing so, I found happiness within myself, a newfound enjoyment for the game of tennis, and was able to find the love of my life.” — Kat Stewart (@kat_stewie) END_OF_DOCUMENT_TOKEN_TO_BE_REPLACED 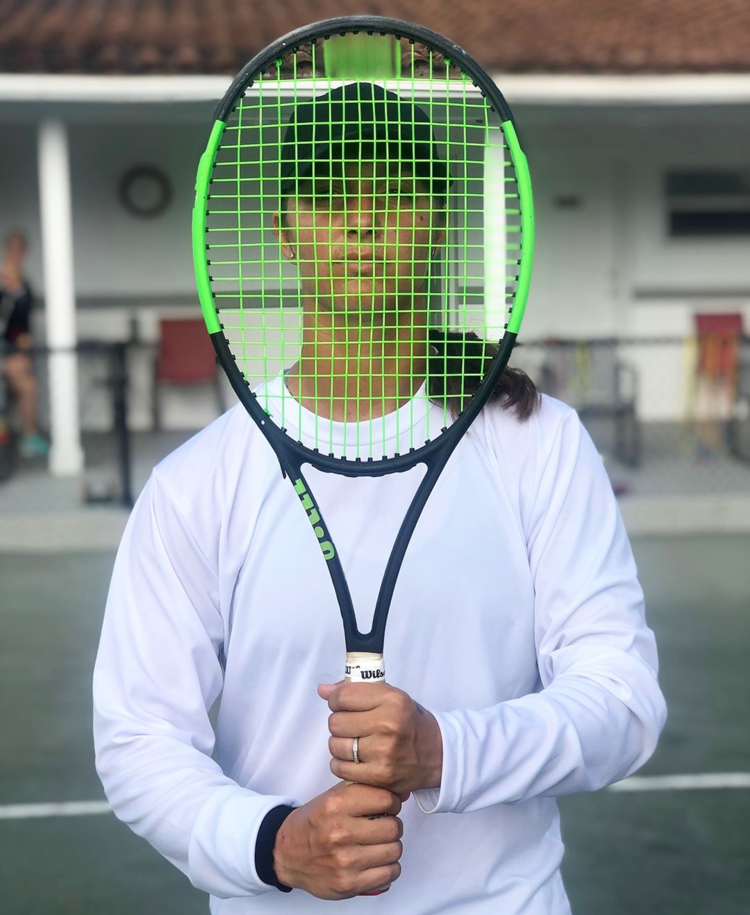