“I always felt that I had to work harder than average because my country is behind on many issues.  I come from a town of only 12,000 people where the idea of playing tennis professionally is totally crazy. From a very young age my family and I worked really hard to make this dream come true. When I started to compete, I remember feeling “weird” for taking tennis seriously. I was surrounded by a world where the majority of young people chose a team sport and not the idea of losing absolutely alone. When I was 18 years old, I signed a 10-year contract with sponsors who invested in my career. I went from being a teenager with doubts about being a professional, to actually being one. I didn’t necessarily feel the pressure from the sponsors, but it was just a radical change. I had to remove certain things that could distract me from tennis. I had to leave my life of being a teenager, my small town, family reunions, outings, soccer with friends and my last year of school, which I worked hard to finish. It was also a drastic change when the contract ended, which it took me END_OF_DOCUMENT_TOKEN_TO_BE_REPLACED 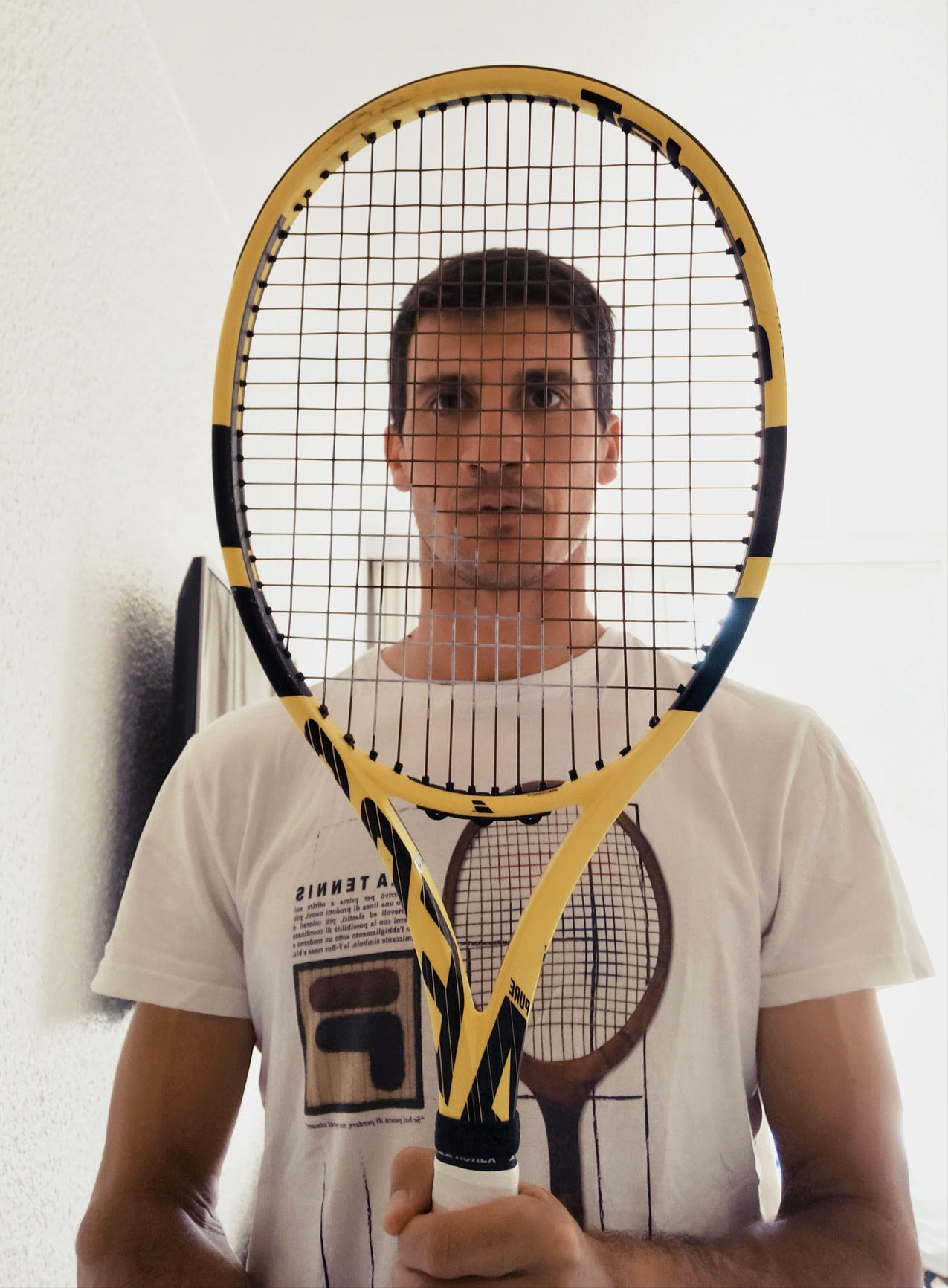 “I dealt with so many injuries I did not have a junior career. I hardly had a ranking and played few tournaments. I matured very late. I was short until age 16, then I started to grow quickly. I had problems with my knees, elbows and back. I played with pain then it got worse. I think I had every injury until I grew into my body. Over the last few years, I have been trying to reduce my injuries. They never go away but I have found a way to listen to my body. At 18, I started to play some $10,000 events. There was a lot of financial pressure because you are playing small tournaments and sometimes losing in the first round. But I believed in myself because I saw other girls who had similar game styles and had achieved good rankings. Deep down, I knew I could make it. In 2019, my ranking rose from number 140 to number 21. I had good results in a few big tournaments and it was a quick rise to the top. But then it was hard to think about how you got there and how to stay there. The next END_OF_DOCUMENT_TOKEN_TO_BE_REPLACED 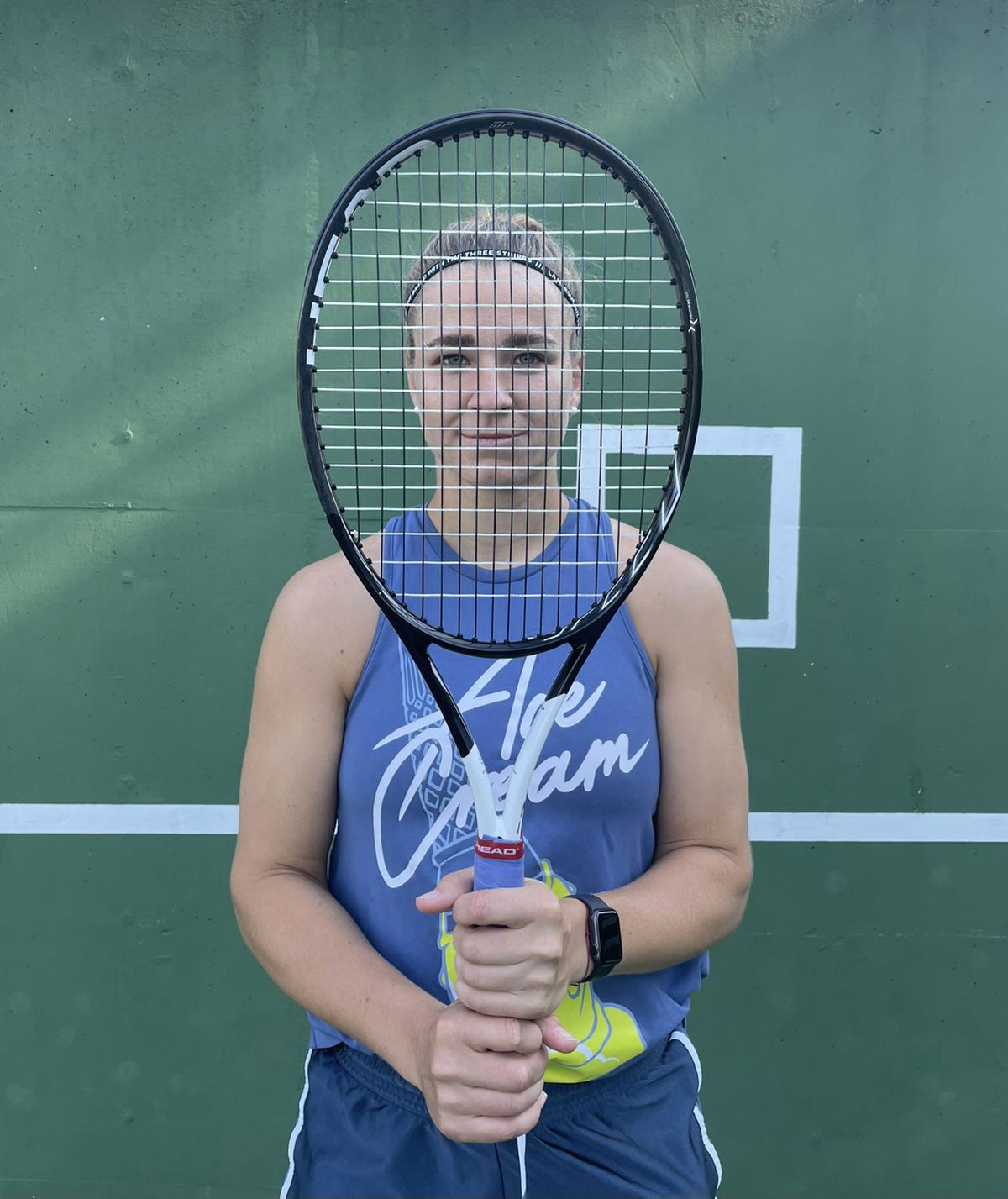 “Growing up, one of my good friends was coached by my father. He was diagnosed with bone cancer and passed away less than two years later. This was the toughest moment in my life. He was like a brother to me. I have him in my mind every single day and I always travel with a shirt that has his picture. I always knew tennis was my path. I was certain that I would be successful and happy on the court. I led the Spanish Tennis Federation from age 15 until 19. Everything was easy and expenses were covered by the federation. At 19, I was playing a challenger and I fell and broke my wrist. I spent three months in a cast. Then I left the federation and hired a private coach. This was the only time that I was unsure about becoming a professional tennis player. My longevity on tour is thanks to many things. When I reached my 30s, I thought about my friends from Spain who retired at that age. I asked how I could extend my career because I was feeling great. For the next 10 years, I took care of my fitness. I have END_OF_DOCUMENT_TOKEN_TO_BE_REPLACED 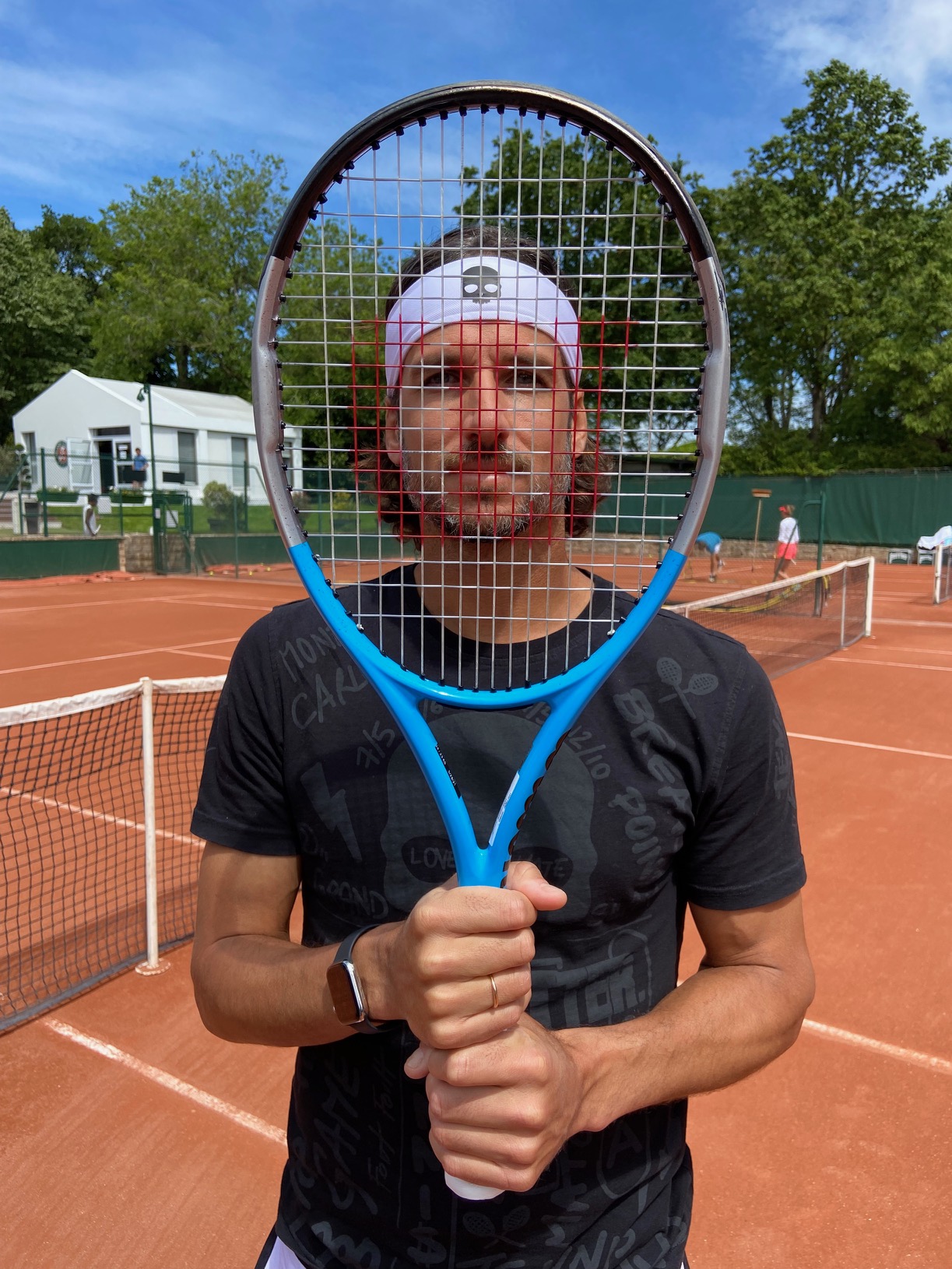 “It was April 13th, 2017. It was noon in Colombia and it was really hot. My dad was playing tennis and started to have trouble breathing. It was the beginning of a heart attack. He kept playing until he had to go to the hospital where he passed away. He loved playing tennis and he died on the tennis court. His death was the hardest thing I’ve ever had to go through. It’s been a struggle. It’s surreal to realize that I can’t have my father physically with me. He was my biggest supporter and the one who put a racquet in my hand. I think about him every day. Every time I’m going to hit a milestone or reach new heights, I think of how proud he would be. It’s hard not to have him by my side, but I know he’s upstairs watching over me. I am lucky that he supported my journey to the United States. He is my biggest motivation because I want to get to the top to make him proud. Many colombian players are a part of the same unique sponsorship family, Colsanitas. My sister was part of my team. During the week, my END_OF_DOCUMENT_TOKEN_TO_BE_REPLACED 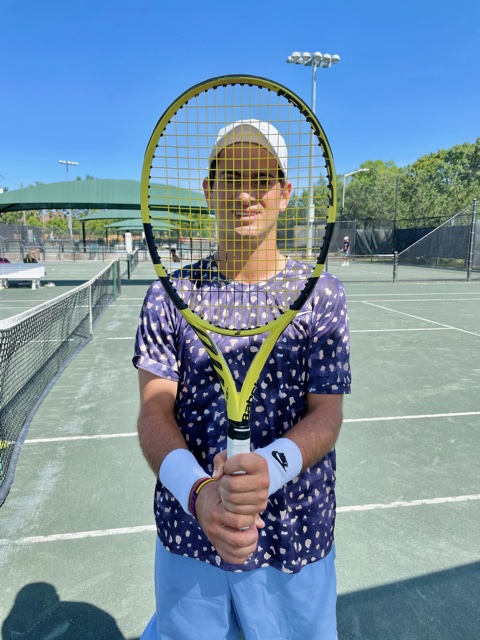 “I started playing tennis at age seven. I grew up in a rural country town in New South Wales, where there were not many opportunities to face good players. I went to a school that did not offer much support for my tennis. At age 10, I got spondylolisthesis, stress fractures in the back that never heal. I had two right wrist surgeries and left elbow surgery. I also had appendicitis and glandular fever. On top of all that I had a fibular stress fracture and bilateral achilles surgery, which made me miss my chance to play my last junior grand slams. These injuries gave me the resilience to fight and come back. Positivity is who I am. For me, it’s about being on the court and being able to compete. I feel very fortunate. At age 16, I made the decision to take tennis more seriously, so I moved to an academy in Melbourne and shifted to distanced learning. Two years later, I went to college and played for the University of Georgia. In Australia, at the time, going to college meant that you did not make it on tour. I went to college to play professionally after one END_OF_DOCUMENT_TOKEN_TO_BE_REPLACED 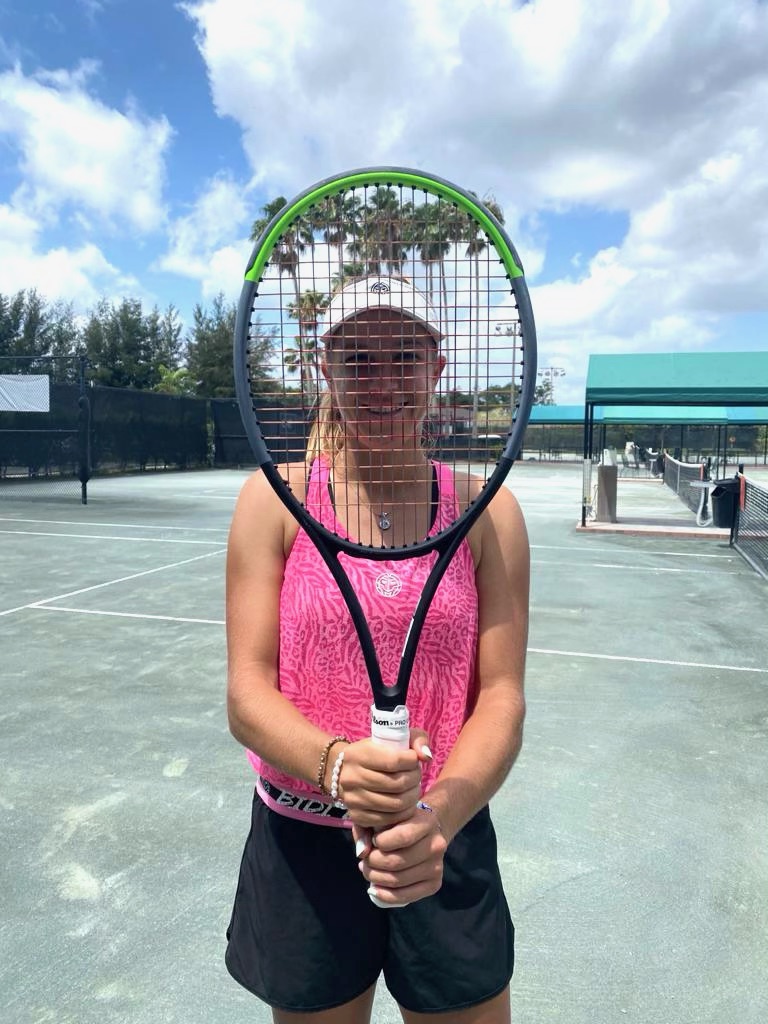 “Tennis has had a huge impact on my life, starting when I discovered wheelchair tennis and the possibility of exercising while in a wheelchair. In 2017, I was diagnosed with colon cancer. I underwent 25 rounds of radiation therapy, chemotherapy and had major surgery. Despite all of this, I still played tennis once a week, even if I could only practice for 15 minutes. Tennis was that important to me. I genuinely believe tennis saved me. Last year, I won the US Open. I had received a wild card because it was the first Grand Slam I had ever played. This win solidified my place at the top of wheelchair tennis and got rid of my status as an underdog. Now I know I can win, as long as I am physically and mentally at the top of my game. Therefore, I have been putting more emphasis on meeting with my mental coach. On the court, I stand out because I’m able to play defense while looking for that small opportunity to bend the rally into a play where I can be offensive and finish the point with a winner. I stand out because I am the only top-ranked player END_OF_DOCUMENT_TOKEN_TO_BE_REPLACED 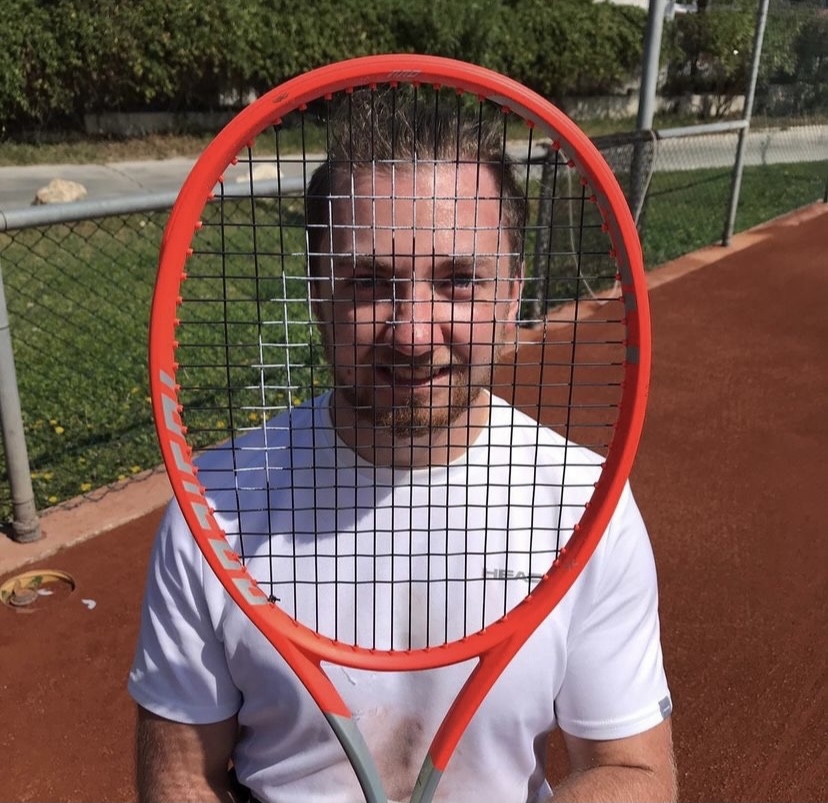 “At age 5, I watched Miloslav Mečíř represent Slovakia and win gold at the 1988 Olympic Games. I asked my parents to buy me a tennis racquet so I could compete in the Olympics too. At a young age, it can be painful to face public scrutiny. I would read gossip magazines about myself and this taught me tough lessons. I was in a serious relationship and it was difficult to spend months apart. This lowered my motivation to train and compete. I wish I had enjoyed more of my time on tour instead of constantly putting pressure on myself. The pressure from within was larger than the external pressure and took my joy away from the game. Young players should never lose sight of why they originally picked up a racket… to find joy. It is a natural inclination to want to be the best and sometimes that desire leads to disappointment. Success is knowing I gave 100% effort. Effort does not always yield results but the process makes us humble and strong.” Daniela Hantuchova (@danielahantuchova) END_OF_DOCUMENT_TOKEN_TO_BE_REPLACED 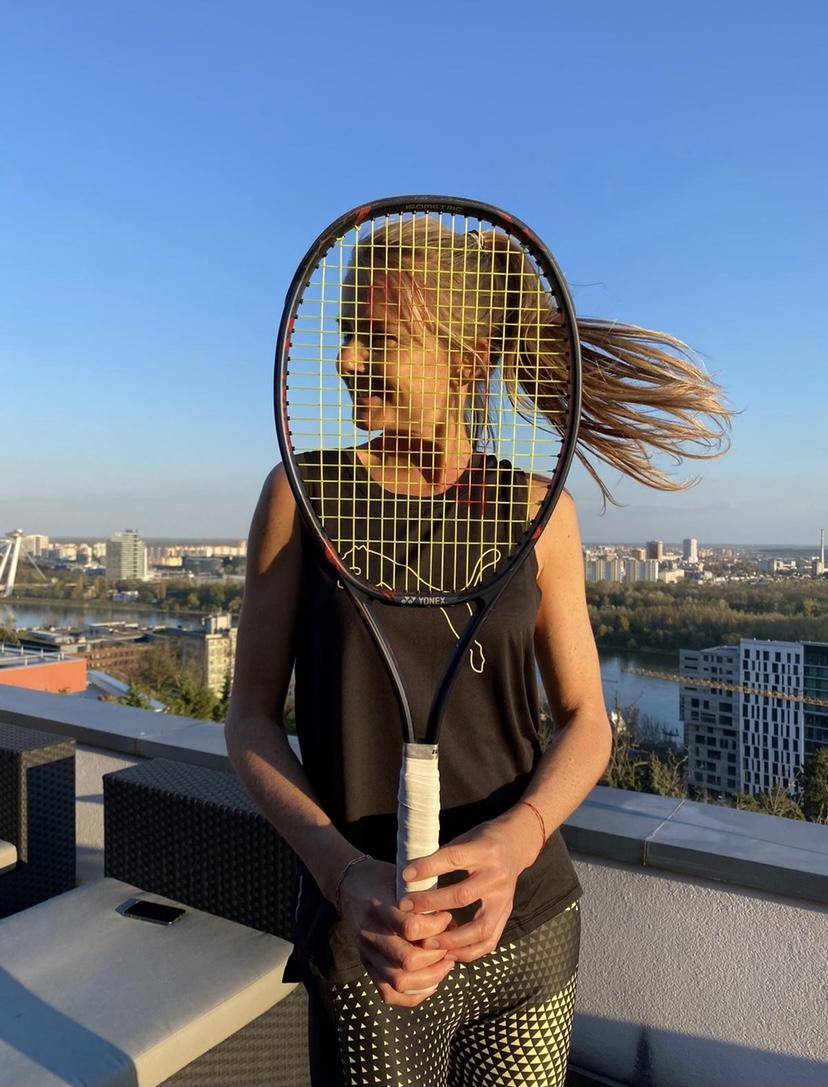 #MyBTR– “I am a triplet. When my siblings and I were 5 years old, our parents told us to pick different sports to avoid competing against one another. I chose tennis. Neither of my parents played so I am not sure why I chose the sport… But I am glad I did. It is hard to articulate how I feel about tennis because the sport is deeply personal. Tennis has taken me to places I never thought I would go and introduced me to nearly everyone in my life. The sport has impacted me in extraordinary ways through surprises, opportunities and relationships. As a top junior player and nationally ranked Division I tennis player, I learned many key lessons. Hard work, discipline, dedication, patience, strategic thinking, confidence, and composure. I am grateful to use these skills in my professional career as a media host. I always had an urge to make tennis more mainstream and relatable so the sport could be cool. I wanted fans to see the other side of tennis that revealed amazing stories and enticing personalities. The iconic court fashion makes tennis unique. I owe everything in my life to tennis. I never forget where I came END_OF_DOCUMENT_TOKEN_TO_BE_REPLACED 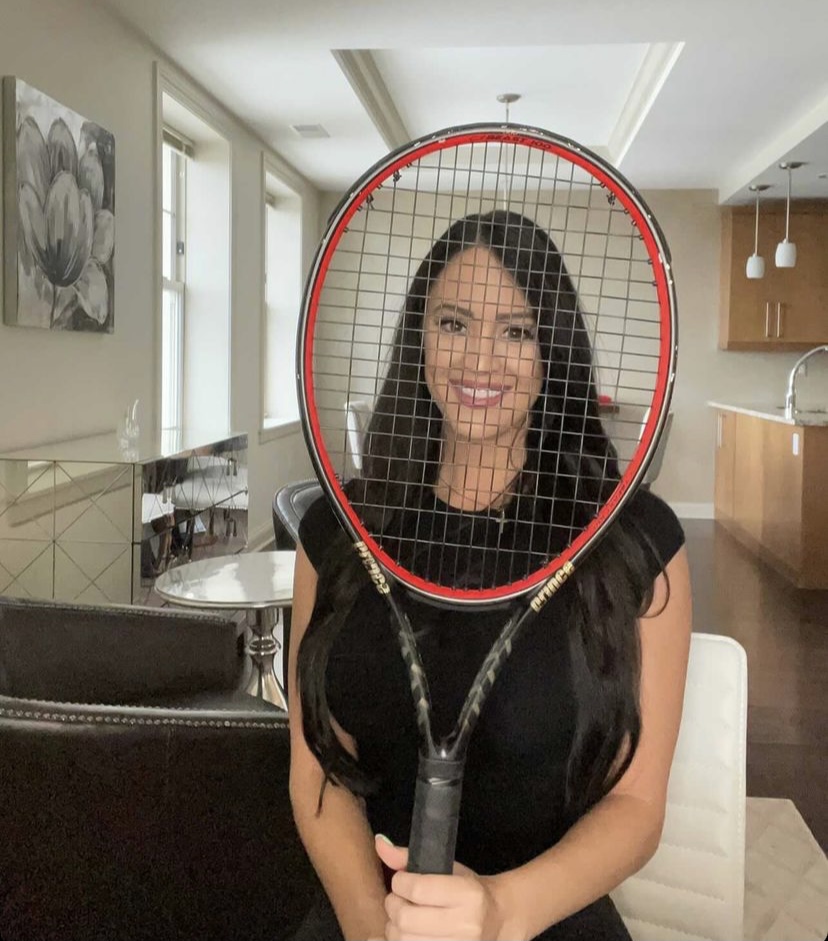 “From a young age, my dad was my coach. He wanted the best for me and gave his all to teach me the sport. It was a pleasure to spend time together but it was tough for our father-son relationship. My dad pushed the limit out of me. I worked very hard to improve on and off the court and this period made me the person I am today. I trained in Germany until age 14. At some point, you grow up and develop your own opinions. I started to question my dad on court and looked for another coach. I practiced at the German Tennis Federation then moved to Mouratoglou Tennis Academy in France. I was hailed as a rising talent in Germany. There is so much pressure from brands and agencies. Playing junior events was horrible. I won a challenger title a week before playing Junior Roland Garros so everyone expected me to win Roland Garros. It is difficult for young, promising players because you have to show everyone you are special. We are young but people already expect good results. In 2019, I lost sight of the path to become a professional tennis player. I stopped enjoying END_OF_DOCUMENT_TOKEN_TO_BE_REPLACED 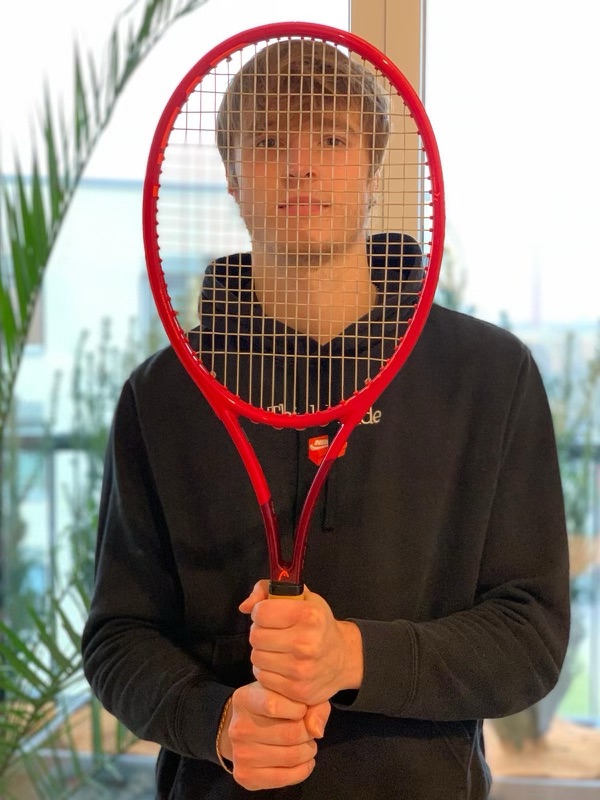 “At around 14 years old, an important moment for my growth, I needed a lot of affection and love. The people close to me only saw Martina “the tennis player”, and not the girl who was growing up with her own needs. I think this made me who I am today. I am different from others because of my sensitivity.  I am a very sensitive person and really enjoy listening to people. I am not afraid of failure. I wake up every morning and do my best. I am always learning new things to improve as a woman and an athlete. If I do not succeed, I have no regrets because I give my full effort. I’m learning to not be impacted by judgment of others, but to care about what I think first. I am walking a path for myself, to improve myself and become a better person. I am working hard and this is the most important thing. I accept that you can fail, but I always o leave the next morning with my head held high. You have to follow your own path because everyone has their own. Tennis changed my life. There have been many positive END_OF_DOCUMENT_TOKEN_TO_BE_REPLACED 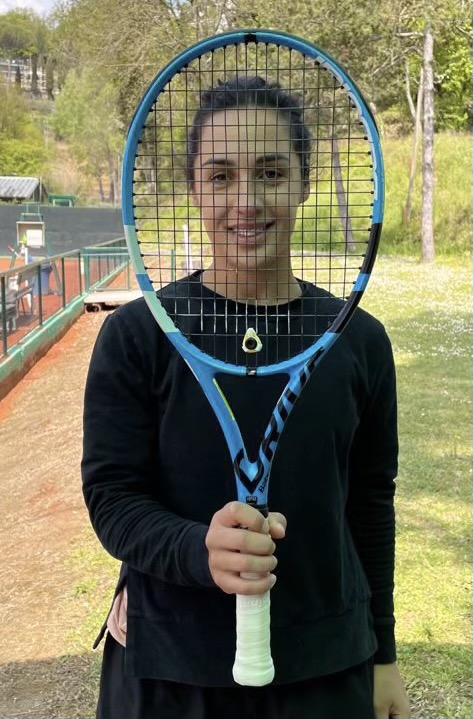