December 29, 2019 “Things really began to change in my 20’s. One of my close coaches from Perth who worked with me on and off a lot, from the ages of 16/17 to late into my 20’s, passed away. It’s been four years now since losing a long-term coach and friend, Darren Tandy. While coaching James Ward and I at the US Open one year, we lost in the early rounds. I flew back before them to Australia. While Darren was on his way back he had a stroke right before he boarded the plane. Emergency responders came to take him to the hospital. While doing all the scans they found quite a lot of cancer. It was an extremely developed, advanced form. They flew him back to Perth with a nurse, where he began 48 hour chemotherapy rotations to try and reduce the size of the tumor. It was only three months before he passed away. He’d been a mentor, friend, coach, and trainer to me for a total of 5 or 6 years, on and off, in Perth. All my family knew him. For him to just die like that, at only about 48 or 49 years old, END_OF_DOCUMENT_TOKEN_TO_BE_REPLACED 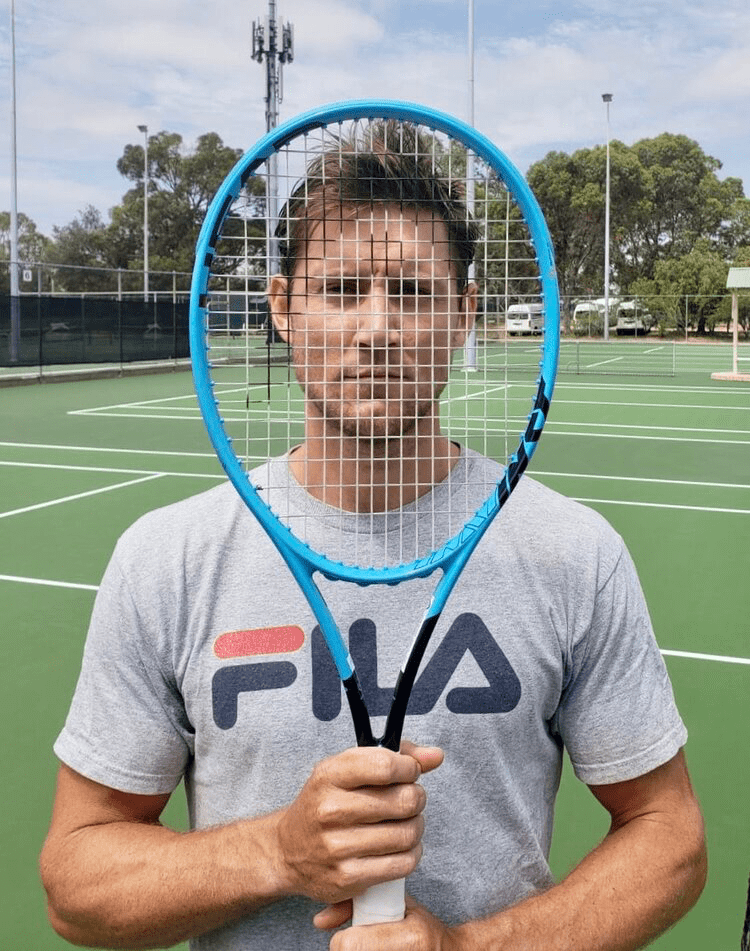 December 27, 2019 “I’m not generally someone who’s extremely expressive, my wife will tell you that. She said we had two daughters because I needed to be softened up. It’s kind of a joke amongst my friends that I got what I deserved with a household of females. When my dad passed, having my friends, my mom still around and my brother there, was so instrumental. My whole family wanted to pick me up and just let me know it’s okay. I was never someone that was a big crier, or truly emotional, but they let me know it was okay to be emotional in times like this. I then became physically sick. This was my first recognition that my psychology can have a huge effect on me physically, because of the immense amount of stress. The stress of my dad passing away led to the development of symptoms that affected my facial nerves. I’d always thought of myself as someone that was relatively laid back, but it all just seemed too much. For me at that time the stress wore me down. I also wasn’t sleeping, which just added to my physical sickness. All of this kept me off END_OF_DOCUMENT_TOKEN_TO_BE_REPLACED 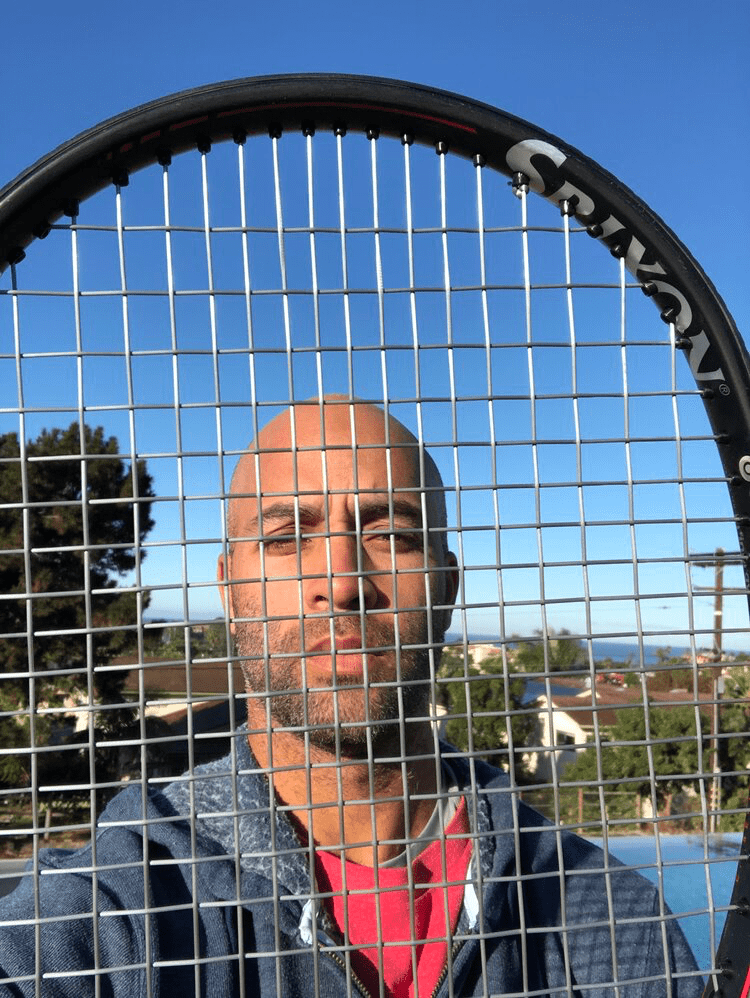 December 25, 2019 “I started to play tennis when I was 8 years old in my hometown of Brela, a small city in the Croatian coast. It only took about half a year before I was winning national tournaments. I remember in 2011 when I qualified and got to the semifinals of my first futures tournament and I was invited to play junior Fed Cup. In the summer of that year was when my biggest support passed away, my grandfather. I was absolutely devastated and was truly tough to get through this time. My grandfather was the person to take me to my first ever tennis lesson. While I played in Croatia he was the one taking me many tournaments. I remember being completely shocked when I picked up the phone during a practice and got the news thats he had passed away. I was mentally out of it for so long and for six months I didn’t play a single tournament. As much as I can I try to make him as proud as possible since that day. I always said that I will get to Wimbledon for him, because that is what we used to talk about. It END_OF_DOCUMENT_TOKEN_TO_BE_REPLACED 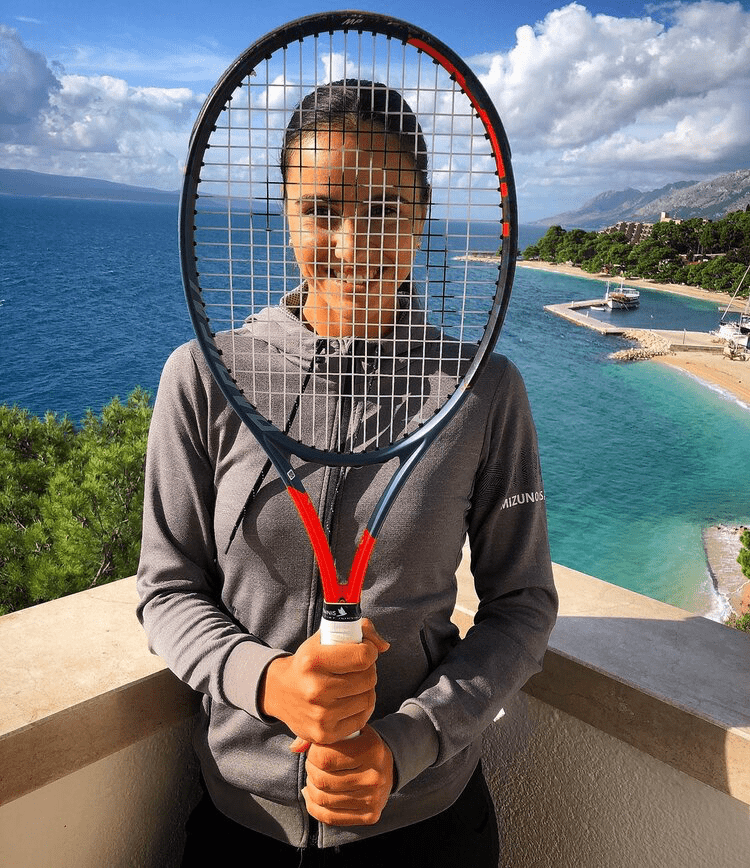 December 22, 2019 “My family didn’t have a great financial start when I first played tennis. I had to start from zero. Growing up in a really small town in Sicily was not easy. There wasn’t a very large culture for sports. I began in a really small club with only two courts. When the coaches at my club told my father that I had potential he didn’t believe them. He thought they were just trying to get us back for our money. Playing tennis in Sicily was so strange that I was even made fun of for it. They would call me ‘Salvo the Strange’ solely because I played a different sport than everyone else. I was constantly made fun of and it did hurt. I now have amazing friends through tennis, which was worth it. It was never easy for me to go a different path. My family had generations of men who owned this one shop. They sold bedding and underwear in the city of Avola. It started with my great grandfather, to my grandfather and sadly will probably end with my father. I had a mentality that others could not understand. My mother was a teacher END_OF_DOCUMENT_TOKEN_TO_BE_REPLACED 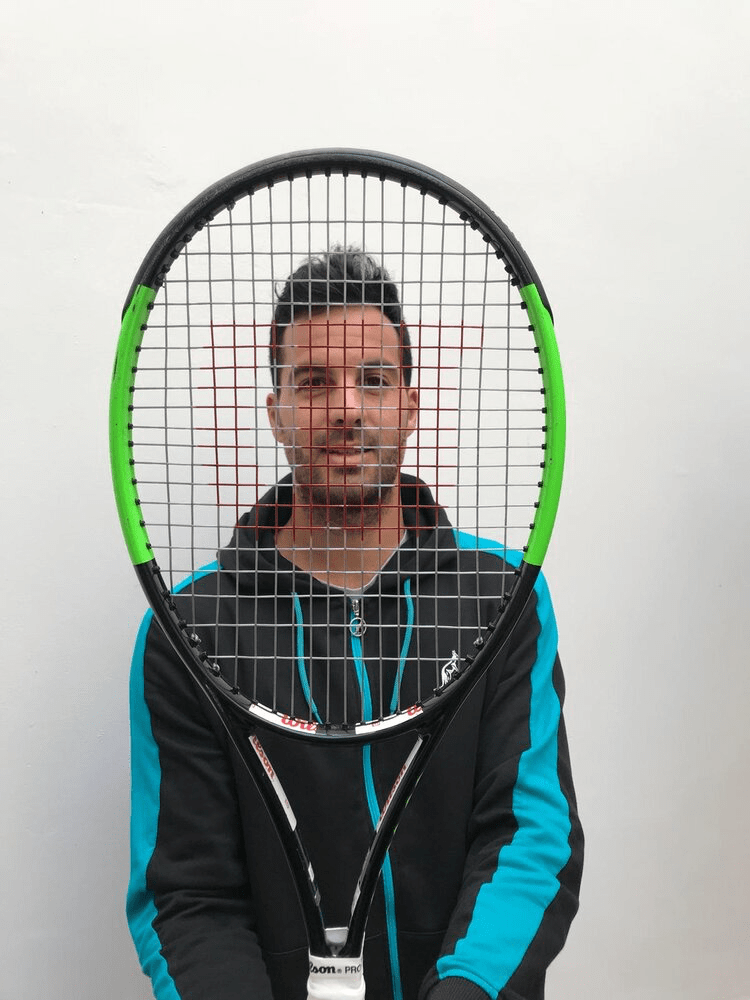 December 18, 2019 “I grew up in the Netherlands close to Hague. I started to play tennis when I was about five or six years old. I had an older sister who brought me to the tennis club with her one day. I played other sports but it was never the same feeling as tennis. I enjoyed it more than others so I knew it was the one I would choose. I started playing tournaments around nine or ten, and I was good at just playing for fun and enjoying the competition. At seventeen I finished school and began traveling outside of home with a group of other players. It isn’t an easy decision for people to choose whether to continue to study or play full time. For me it wasn’t even a thought, I needed to play, practice and see how far I could move up the rankings. Coming from a Jr. Grand Slam title in Australia, I was confident in how I would do on tour. I moved up really quickly to top 100 but then had a few difficult years where my ranking dropped. It’s a tough battle when you begin to lose to people who you END_OF_DOCUMENT_TOKEN_TO_BE_REPLACED 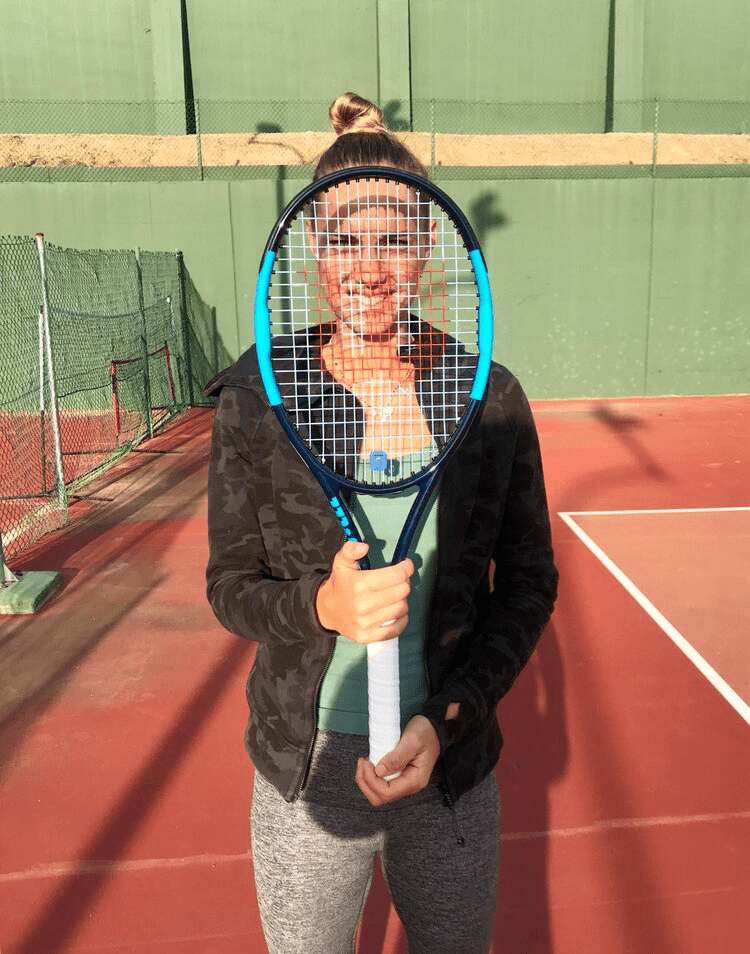 December 15, 2019 “It’s very tough to be playing small tournaments, ones I didn’t play often when I was younger. It’s a process for me. Two years ago, I had a problem with my supplements and medications and I was forced to stop playing for about five months, and that is when my ranking dropped. This was a really sad time in my life, while I was home, not competing. I was extremely depressed for many reasons. I was worried about my image and the example this was setting for the kids back home. We don’t have many players in Brazil and for them to now see one of their top players suspended is never a good thing. It took some time but I am in a better place now and looking how to push forward. After this, I had no confidence that I could be back in the top 100. On top of this all I dealt with a few injuries that made the situation worse and worse. Regardless of what tournaments I play I still enjoy competing, but I am giving myself a couple more years to try to break back into the top 100 until I stop. END_OF_DOCUMENT_TOKEN_TO_BE_REPLACED

December 10, 2019 “In 2018 I received my final ‘no show’ with the Tennis Anti-Doping Programme, which ended up being the toughest six months of my life. I didn’t know if I would be able to continue my career. The first no show was in November of 2016. I remember I had an early flight where I had to be at the airport around 6:30 and I forgot to change my appointment with the doping control officer. They came to my house when I was already on my way to the airport. I then asked them if I could turn and come home but they said I would be too late and they couldn’t count it. I knew that was my first no show. It happened exactly the same way for my second no show in July of 2017. I had an early flight in the morning to go to the States where I had to be at the airport at 6:00 or 6:30 and I forgot to change it again. They called me while I was at the airport and I was like, ‘Oh my god, this is not possible.’ I asked them to come to the airport to END_OF_DOCUMENT_TOKEN_TO_BE_REPLACED

December 7, 2019 “I grew up in Poland. I truly enjoyed my childhood back then, playing basketball and a little gymnastics. I was pretty busy for a kid, after school I would start with individual lessons followed by more group practice. My love for tennis came from my mother. She used to play all the time and became a national champion. Funny enough I fell in love with the discipline required by a tennis player. As I was playing junior tournaments, I knew this was what I wanted to do. There were definitely times when I was young where I questioned if I was good enough or if I could make it. You just don’t know what to expect or what you’ll encounter. There is always something new to learn and always a player better than you, so it is a must to constantly improve. For some it may seem strange that I am working with an American coach but it just clicks. The knowledge that he brings to the table has been crucial to my development and a different voice than I have had before. You sometimes have to look outside of your own country to get a unique END_OF_DOCUMENT_TOKEN_TO_BE_REPLACED 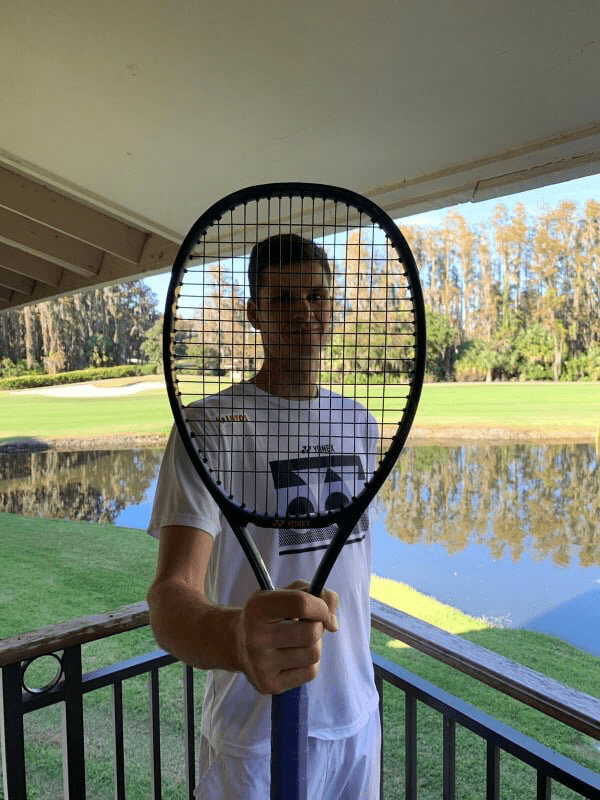 December 3, 2019 “I guess it’s something that I was used to, starting around 16 or 17. Andy made his breakthrough into the big leagues around 18 when he played Queens and then made third round of Wimbledon. For a long time, people would talk to me just because they wanted to ask Andy questions, which still happens today. People come up asking me where Andy is and how he is doing. People would do interviews with me in the hopes that they could get to him. The last five or six years, I feel like that’s changed quite a lot. People now want to talk to me because of my own achievements that I’ve had in my career, which to be honest feels pretty nice after all this time. I don’t mind talking about my brother, It really never bothered me, but if that’s the sole purpose for doing an interview, or a chat, it just doesn’t seem necessary. He’s been such a big star of the tennis world for the last 10 years or so and I am proud of him. I was always his number one supporter. It was never really an issue for me. I wouldn’t END_OF_DOCUMENT_TOKEN_TO_BE_REPLACED 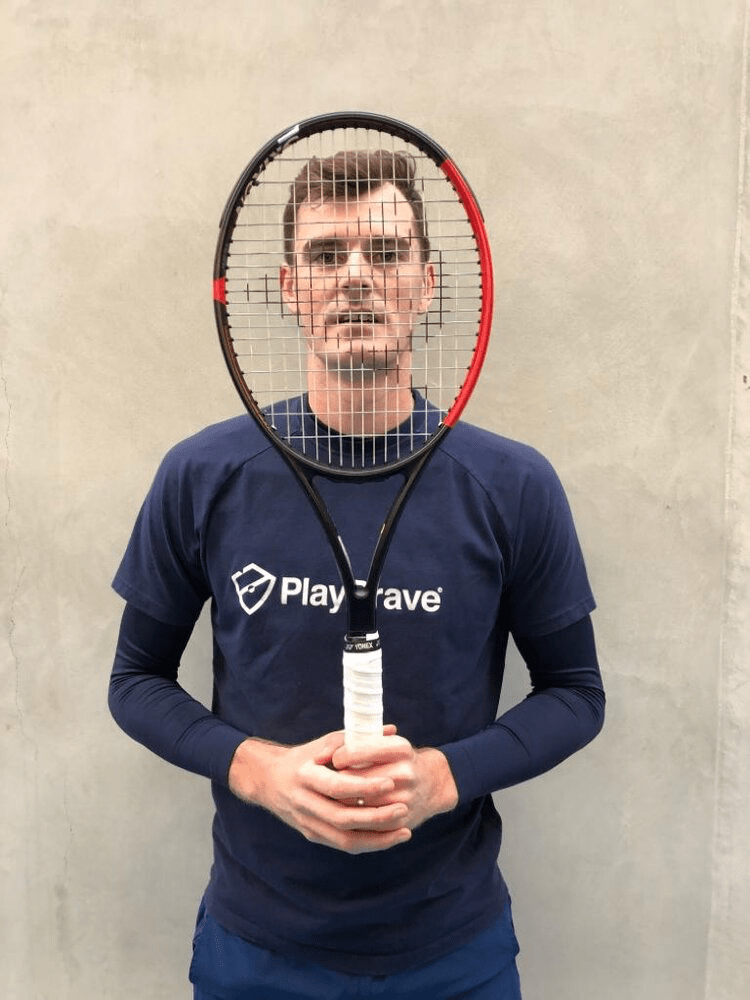 December 1, 2019 “I was around ten or eleven years old when I first went to the Belgium Federation to train. I quickly realized it was not going to be what I thought it would. I began to be bullied every day by the other kids, who were mostly guys. They would constantly make fun of my hair and it would make me feel miserable. I never felt so alone, having no friends and unable to really talk to parents. I felt like opening up about my bullying, especially to my parents, would just make other people’s lives tougher and I never wanted that. After about a year of dealing with this I finally said something to the coaches. They spoke to the kids about the issue, which only helped for about two days until it went back to ‘normal’. I had no one to lean on for help and found myself crying in my room day after day. It came to an end when I was kicked out. Beyond not fitting in I was consistently injured and the people at the top didn’t believe in me and how my tennis was improving. It was the toughest moment of my END_OF_DOCUMENT_TOKEN_TO_BE_REPLACED 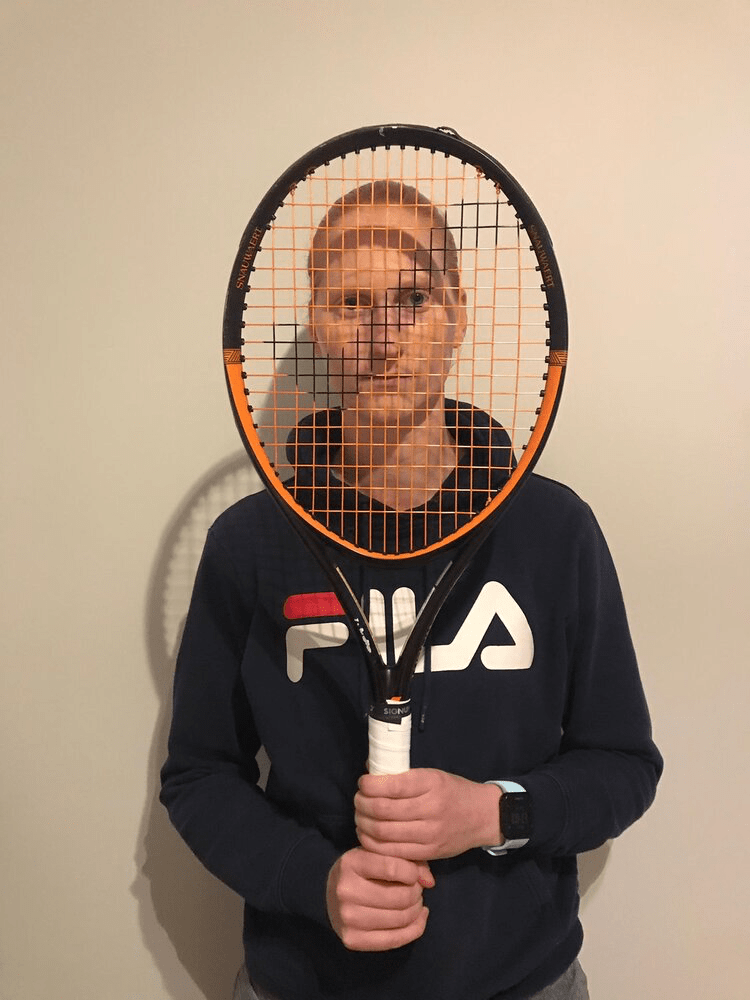